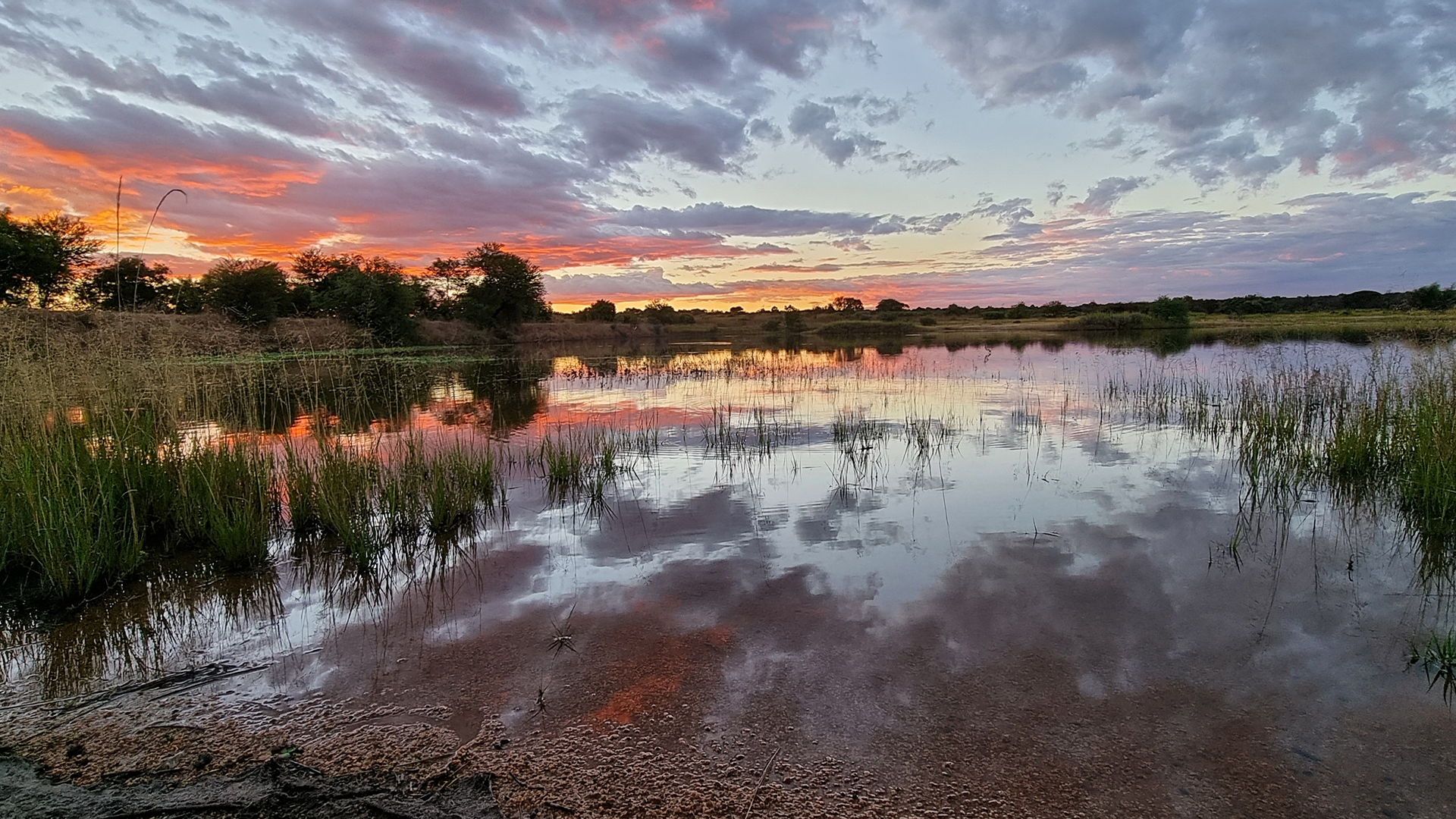 This month has been incredibly fruitful with a wide array of sightings, from the big to the small, the cute, the ugly and the outright beautiful.

With the amount of rain we have had recently the landscape is showing off its colour. There has been a hive of activity around waterholes and small pools in particular; water is everywhere on the reserve. 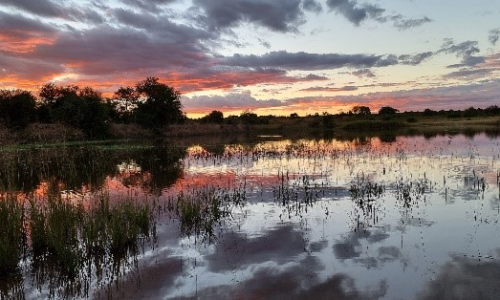 Setting out on an early morning drive, I went in search of a few animal species that we couldn’t locate the previous afternoon. The bright electric blues of the Woodland Kingfishers added a pop of colour to the morning and the grey-headed Shrikes brought a smile to my face. However, the morning felt still. As the wind picked up, animals seemed to have evaporated from every two-track I drove. I parked the vehicle to listen for a short while. A strident Crowned Lapwing emerges from the open area nearby. Increasing aggression and agitation fuelled my interest. The alerted Impalas and Wildebeests broke through, to the Lapwing’s displeasure; I knew we were onto something. 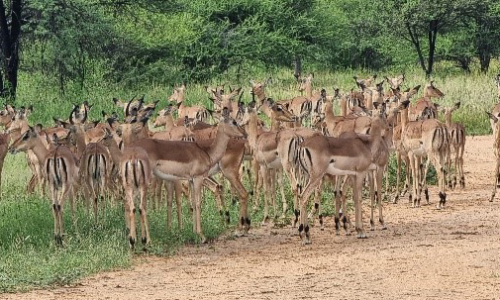 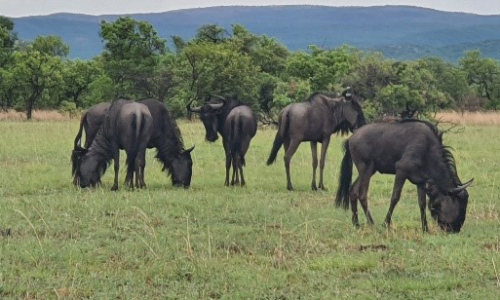 Around the corner towards an open grassland, the cheetah coalition emerged out and walked into the plain. They lay out in the open, staring at the wildebeest, shocked at the disapproval of their presence. They soon gave way and put some distance between themselves and the grassland beast.

One male, who seems to always be at attention, scans the area after a distant sound made his ears prick. I think to myself that he seems intent on finding a meal today. His brother on the other hand is laying down relaxed and conserving as much energy as he can, should they need to make that chase he has all the energy. On the other hand, it was amazing how quickly the wildebeest have forgotten about the cheetah and continue with their daily activity and business as if there is no danger in the area. They went as far as mating without a worry of being killed. Well, that is natural for you, it is unpredictable and what you might expect may not happen, however that is the true magnificence of it. 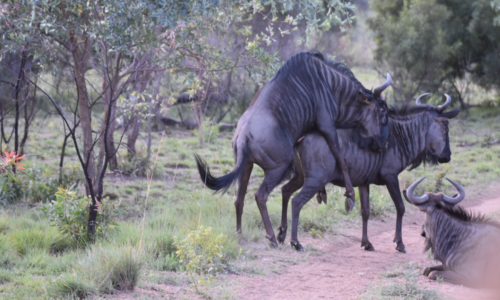 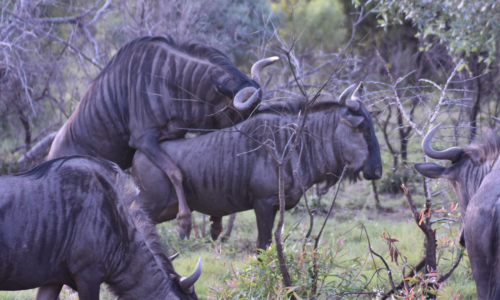 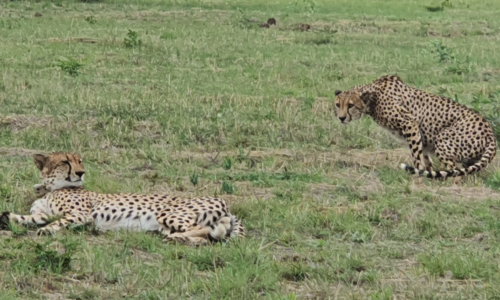 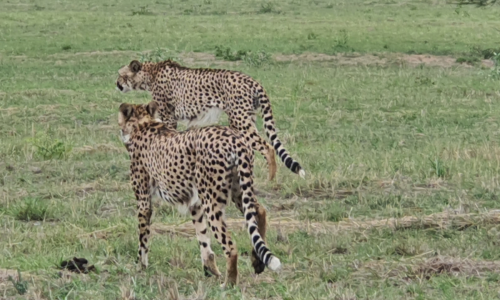 The cheetah brothers spot some unsuspecting impala through the thicket and out of nowhere, make a feeble attempt to catch one. With no surprise, they were unsuccessful, the impala were too clever for them and continued toward the main dam, a watering hole near Figtree, our bush dinner venue.

It was there I had the opportunity to really observe the timid nature of these cats. Moving slowly between brush and termite mounds, they tentatively ventured into the open area. With heads hanging low, they scanned around for any potential danger. Although they may be one the most successful hunters on the Mabula savannah, due to their fragile build in comparison to other big cat species, they tend to be slightly more aware of their surroundings. They may be built for speed but can be easily overpowered by a larger apex predator and a female will ensure the survival of her offspring by being as cautious as needed.

The uncertainty of their surroundings gave us a great opportunity to capture them together laying down, both scanning in different directions.

I felt privileged to have spent my entire morning following in the footsteps of these cheetah brothers who know these reserve better than any of us. I sat quietly for over an hour soaking up their brotherly behaviour. What a blessing. 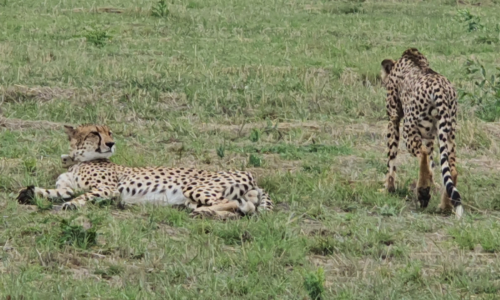 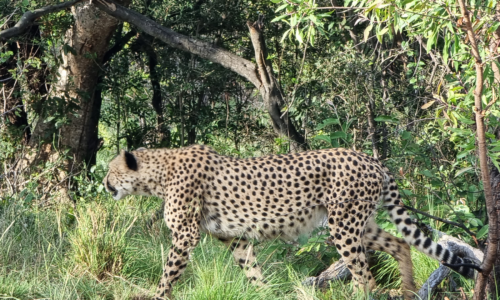 To witness foam-nest tree frogs hatching is something very interesting to see during the rainy season. Have you ever wondered how the little tadpoles get out of a southern foam nest frogs nest? Well, no need to wonder any longer. As a safari guide, most of us have ‘dream sightings’ of animals in certain places. For some it might be a leopard posed perfectly on a specific marula tree, or elephants walking across an open plain with the sun setting behind them.

During the month, after the big rains we endured on the reserve, all of the frogs and toads emerged and proceeded to sing their mating songs.

The males absolutely sang their hearts out; some were not impressed by the ruckus created at night by the various amphibians but I indulged in the fact that my brain could switch off from the troubles of the world. Within the next few days, little, well maybe not so little, balls of what looks like candy floss started to appear on various parts of overhanging vegetation above dams, puddles and natural pans

Once the males have managed to attract their female companions, mating takes place. Frogs and toads alike have various ways of doing so but the common thread is that fertilization is done externally. It’s particularly interesting when it comes to the southern foam-nest tree frog, the male will clasp the female and so the process begins. The male will then deposit his sperm over the eggs that the female lays. While this is all happening she also produces an oviducal secretion which starts to froth up, they both then churn this up with their back legs. By this time more males have joined in and are all competing for their turn with one female!

She can lay up to 1,200 eggs during the space of about 15 minutes. I have never seen this in action but it has always been on my bucket list. The female frogs release eggs onto a branch that hangs over the water, ready for the males to fertilise the eggs. Several males will do so, producing sperm which they then whip into a foamy ‘nest” with their hind legs. As the eggs develop in the nest, they become heavier and once ready, the tadpoles will drop down straight into the water. 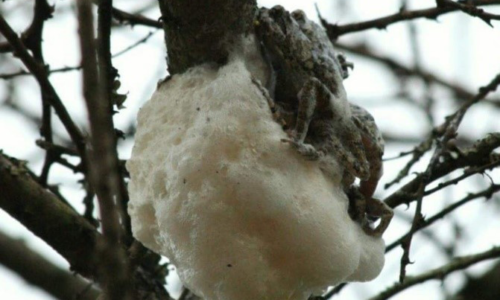 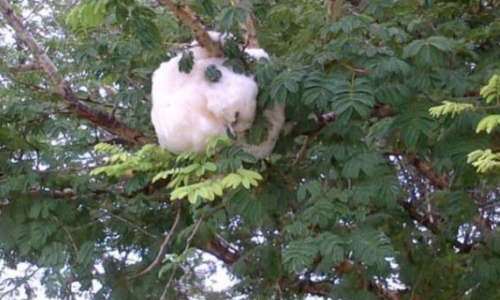 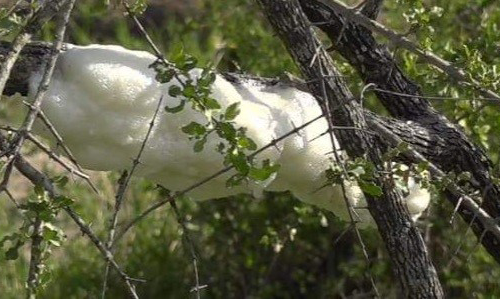 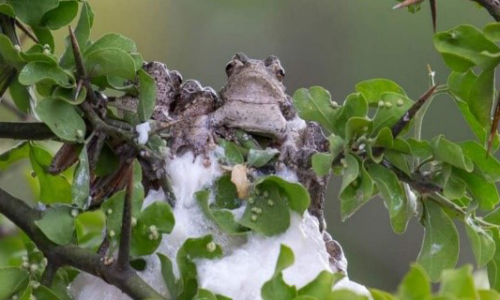 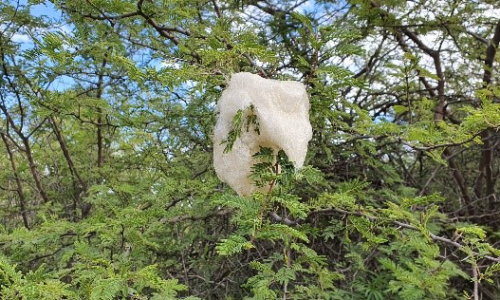 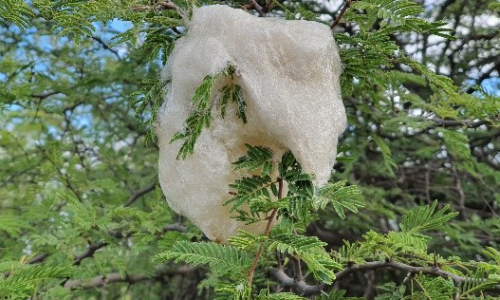 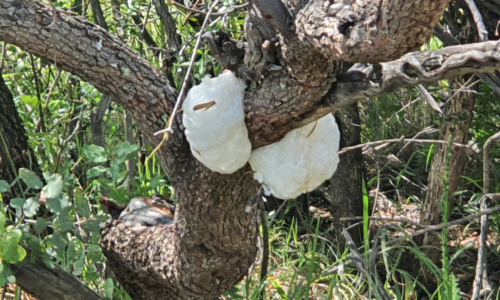 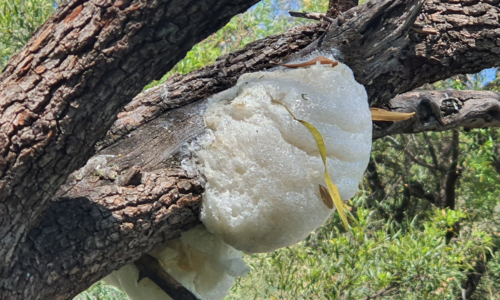 The lioness of the Mabula pride have changed their hunting habits from big to smaller game, previously impala and warthog were the last thing on their menu, mainly hunting wildebeest, zebra and even kudu. Since the removal of the males we see them now hunting impala and warthog most of the time.

I was lucky enough to find this lioness dragging an impala carcass across serengeti plain into the thick bushes. It is normal for a lioness to do this with the aim of hiding a carcass for vultures and other scavengers. There is also no good shade on the plain to hide and eat without distrubance. These are some of the things we miss when we are not there with them. 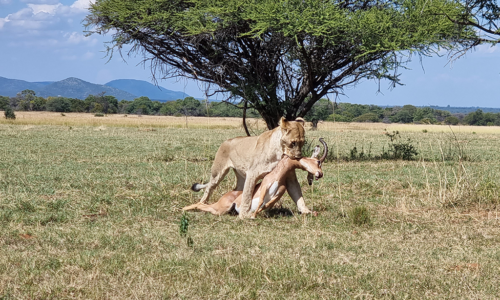 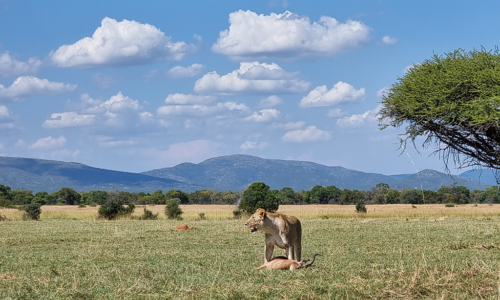 That is all for this month, until next month.

From Isaiah Banda & The Mabula Family.